Chat with fellow retro gamers, browse site archives, get game updates and more on our Discord!👋 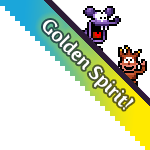 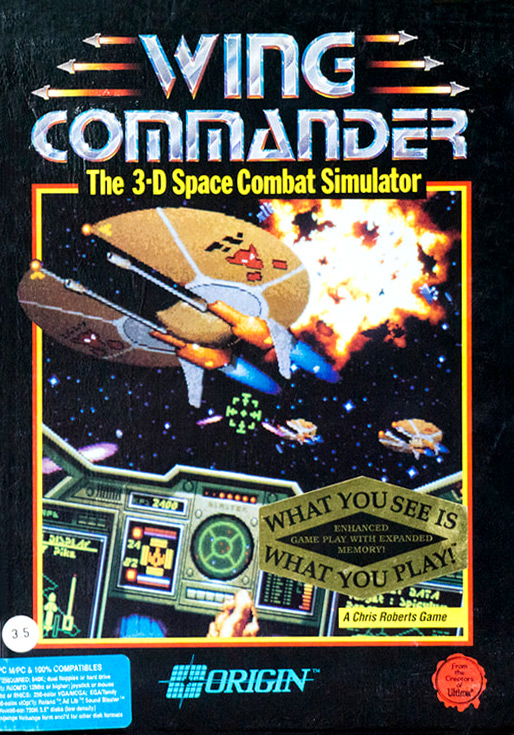 DOS - 1990
DOS (/dɒs/, /dɔːs/) is a platform-independent acronym for Disk Operating System which later became a common shorthand for disk-based operating systems on IBM PC compatibles. DOS primarily consists of Microsoft's MS-DOS and a rebranded IBM version under the name PC DOS, both of which were introduced in 1981. Later compatible systems from other manufacturers are DR DOS (1988), ROM-DOS (1989), PTS-DOS (1993), and FreeDOS (1998). MS-DOS dominated the IBM PC compatible market between 1981 and 1995.

Amiga - 1993
The Amiga is a family of personal computers sold by Commodore in the 1980s and 1990s. Based on the Motorola 68000 family of microprocessors, the machine has a custom chipset with graphics and sound capabilities that were unprecedented for the price, and a pre-emptive multitasking operating system called AmigaOS. The Amiga provided a significant upgrade from earlier 8-bit home computers, including Commodore's own C64. It had many games that were graphically superior to competitors and the sound cards allowed for much richer music than previously.

Available for purchase
Available to buy in one form or another, usually through a digital store front. What platforms they offer them on varies, but most popular consoles and platforms have one or more stores where one can choose to buy them. Depending on the store, some games have Digital Rights Management (DRM), which require user to use and/or have an account to play.
Visits: 87

Humanity is locked in a war with a race of catlike humanoids calling themselves the "Kilrathi", that are somewhat reminiscent of the Klingons from Star trek. You enroll as a pilot on the TCS Tigersclaw, a human battleship. As the game opens, the ship enters the Enyo system, that is controlled by them. A control you intend to wrestle from them and then drive them out altogether. But they will not go down without a fight.

Wing Commander 1 is a classic space battle simulator that looks and plays a bit like Elite when it comes to the fights in space. But it also features a driven story where you meet, talk to, and fight alongside with several fellow pilots. The animations and music work like a movie where the music changes as the situation does. Soft, calm music jumps into a frenzy as the enemy attacks. The story has several cut scenes that play out in response to how many missions you fail or succeed with.

The game came out in 1990 for the PC and later for other platforms. 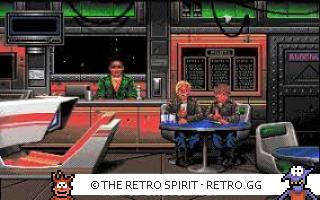 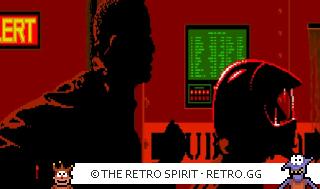 Wing Commander 1 - Running towards the hangar 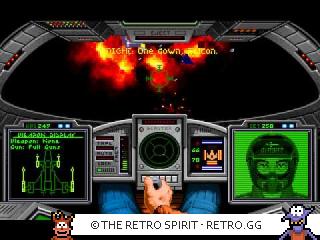 I remember getting the game in 1993 as it already had hit the bargain bin. Weirdly enough, the Amiga version came out almost three years after the initial release for the PC. And the version I had was for the classic Amiga, and thus had less colors and a smaller resolution. My aging Amiga 500 struggled with the game, but it was still playable with some patience. When I got my Amiga 1200, the game was very nice to play indeed.

I must say the characters are stereotypes when it comes to nationality and other movie tropes. But they're easy to like (except Maniac!) and I found myself reloading the game when they died by my side in battle. The graphics play like a movie, which was very popular in the early 90s and the music does full "Mikey Mousing", that is changes in accordance with what happens in the game. It changes to minor chords as battles are lost and are upbeat, epic, and triumphant in victory.
The game starts at a very low level and the learning curve is very kind and easy to follow. But it gets tougher as you progress. Expect to replay many missions.

I like the story as it takes you in and makes you part of the team about the Tigersclaw.