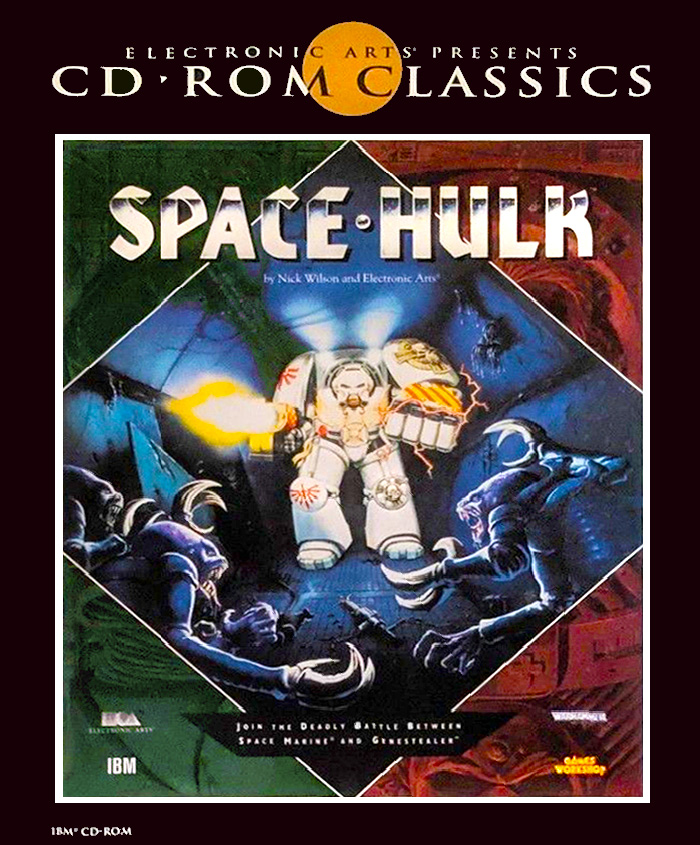 DOS - N/A
DOS (/dɒs/, /dɔːs/) is a platform-independent acronym for Disk Operating System which later became a common shorthand for disk-based operating systems on IBM PC compatibles. DOS primarily consists of Microsoft's MS-DOS and a rebranded IBM version under the name PC DOS, both of which were introduced in 1981. Later compatible systems from other manufacturers are DR DOS (1988), ROM-DOS (1989), PTS-DOS (1993), and FreeDOS (1998). MS-DOS dominated the IBM PC compatible market between 1981 and 1995.

Amiga - N/A
The Amiga is a family of personal computers sold by Commodore in the 1980s and 1990s. Based on the Motorola 68000 family of microprocessors, the machine has a custom chipset with graphics and sound capabilities that were unprecedented for the price, and a pre-emptive multitasking operating system called AmigaOS. The Amiga provided a significant upgrade from earlier 8-bit home computers, including Commodore's own C64. It had many games that were graphically superior to competitors and the sound cards allowed for much richer music than previously.

Abandonware
Definitions of "abandoned" vary; generally, it refers to software no longer available for legal purchase, or of a certain age. Software companies may change their names, go bankrupt, enter into mergers, or cease to exist for a variety of reasons. When this happens, product rights are usually transferred to another company that may not sell or support the software acquired. Source: Wikipedia
Visits: 729

The second computer game set in the Warhammer 40,000 universe created by Games Workshop, adapted from the 1989 board game of the same name. Purge Space Hulks of the Genestealer threat from a real-time first-person perspective, controlling and ordering around anywhere from one to ten Space Marines equipped with Terminator Armour, and equipped with combinations of the twelve different weapons available to obliterate your alien foes. 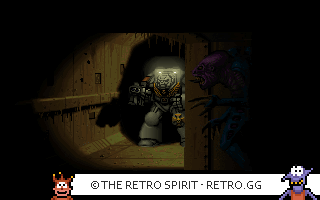 A lone Space Marine is being setup for an ambush by a vile Genestealer. 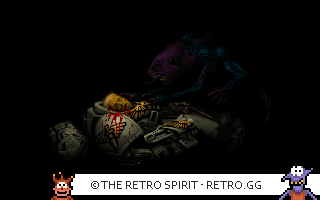 The honored Brother-Marine lies slain by the xenos filth. 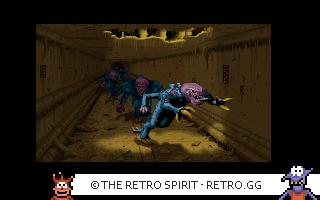 A pack of Genestealers on the prowl. 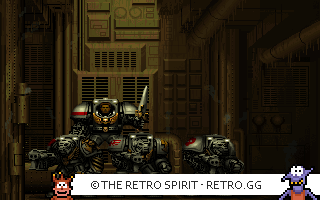 A Captain sets up his squad in Overwatch preparing to purge the approaching Genestealer horde. 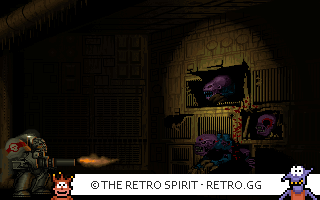 A Space Marine opens fire on the Genestealers bursting from the Space Hulks vents. 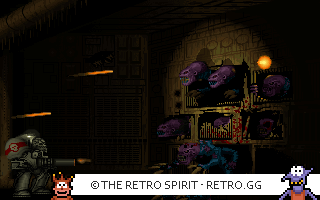 The Terminator-clad knight brings swift death to the Genestealers with his trusted Assault Cannon. 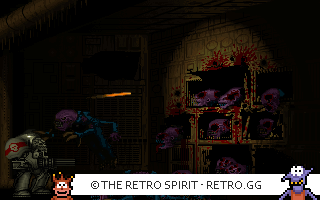 A cowardly Genestealer manages to surprise our brave Brother-Marine from the darkness. 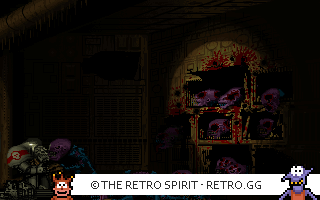 The Brother-Marine is about to join the annals of the Dark Angels for his glorious sacrifice for Mankind. 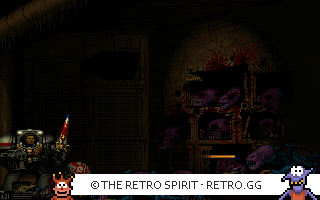 The brave Captain having swiftly avenged his fallen Brother. 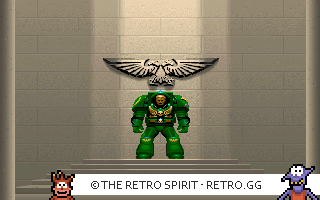 The Imperial Commander, your superior. 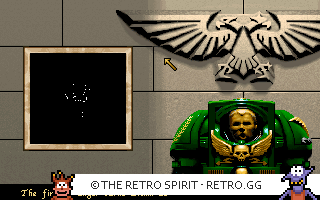 He always ends his briefings with a motivational quote. 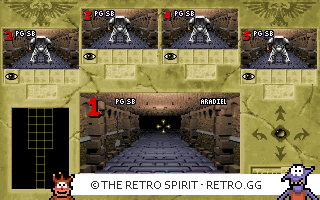 The actual gameplay interface, the main view screen is your current controlled Space Marine, to the left is the Scanner which shows you the immediate area. 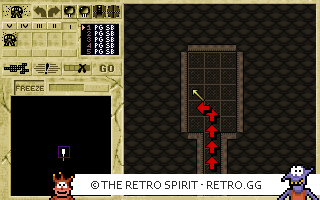 Space Hulk (DOS, 1993) - The Planning Screen allows the sensible Captain to plan out his and his Brothers moves and tactics in advance. 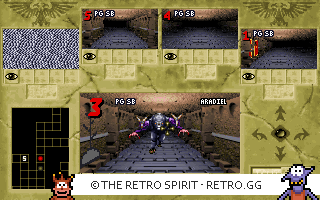 Space Hulk (DOS, 1993) - We have lost one brother to the fiendish xenos as can be seen from the garbled screen in the upper left. In the main viewport you see a Genestealer advancing on Aradiel. 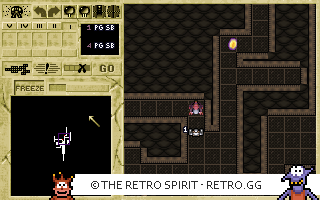 Space Hulk (DOS, 1993) - Theoretically you can play the entire game from the Planning Screen but this method is not recommended by the Codex Astartes. Space Hulk (DOS, 1993) - A Space Marine sadly has to spend his final moment looking into the face of the enemies of Man. 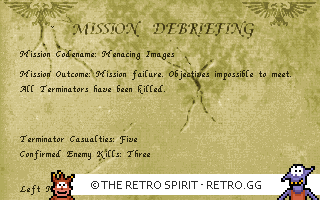 Space Hulk (DOS, 1993) - The mission was a glorious victory, though it cost us three of our Brother-Marines. 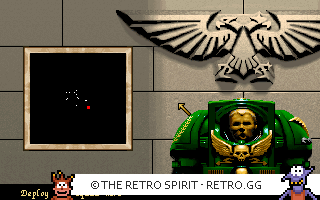 Space Hulk (DOS, 1993) - The Imperial Commander informs the Captain where he will be deployed, due to scanner interference we can not see the map in full detail for this mission. 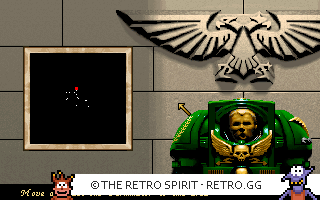 Space Hulk (DOS, 1993) - The Imperial Commander informs us of our mission objectives. 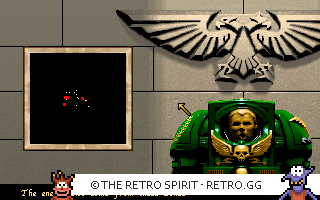 Space Hulk (DOS, 1993) - The Commander is also kind enough to inform us of the places from which the Genestealers will emerge.
There is currently no review for this game. But, you can help add it!