If you've visited The Retro Spirit - Since 1832™ anytime in the past, you may have noticed our audio offering, The Retro Radio. The radio did mostly what you'd think, play tunes from a wide variety of games. However, it was mostly shallow. There was no connection to the games they were from and no interactions and no detailed information about each game. That lead us to ponder on a feature very few old games site out there have, a full fledged music player that puts the games and their songs front and center.

The idea, a music player, has been since long in the making. We initially did some mockups that gave a broad idea of what we were going for, as seen below: 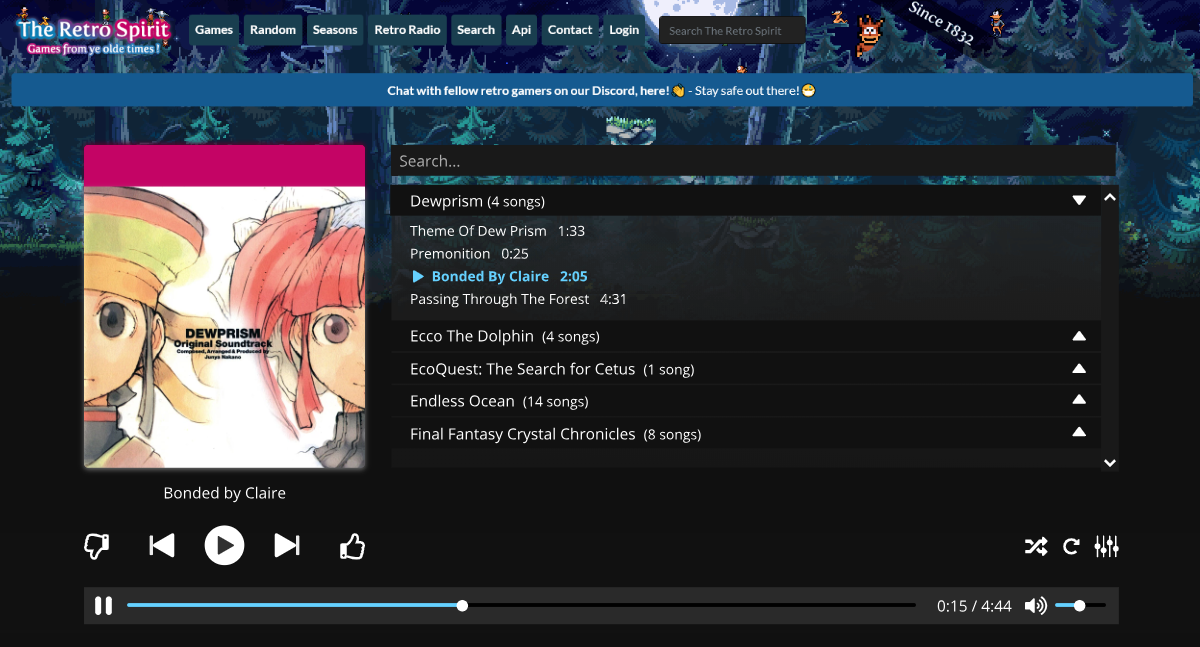 Our initial tests showed that while this was perfectly servicable, information about the game itself was lost. The focus, as shown in the mockups, was the playlist and the game cover, not much else. That led to a change to use the left most column for game information and put the track and game short details at the bottom. This proved to be a much more viable solution and in line with the initial vision: 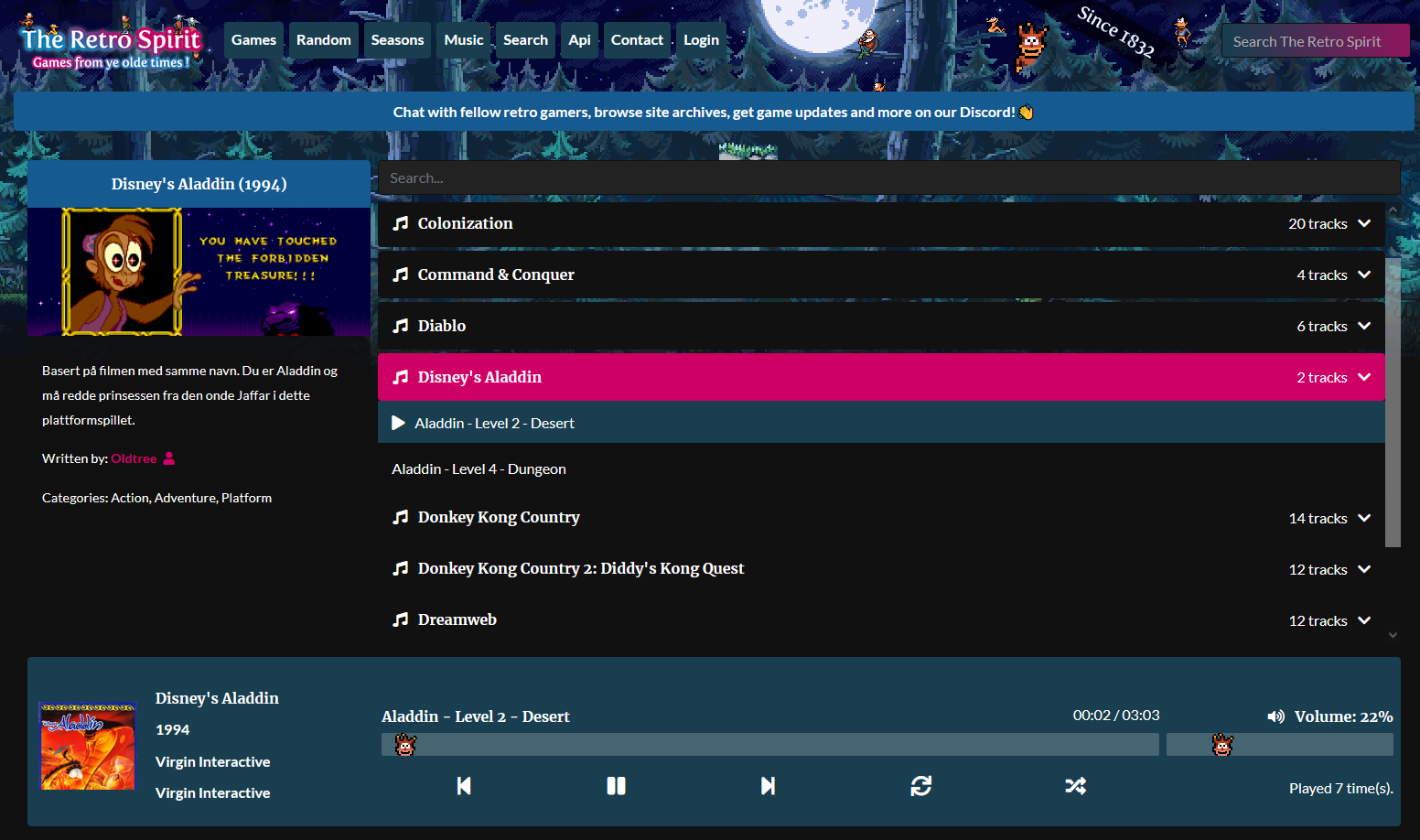 So far we haven't talked anything about tech, so let's. Most of the site use a mixture of microscopic (archaic) JS frameworks and a solid PHP framework. However, developing something as big as a music player, using old javascript libraries simply wasn't going to cut it. Developing in them was going to be a pain and cause overheads we didn't want, and therefore out of the question. So, we chose Vue 3 for this endeavour, a professional, rather lightweight Javascript Framework that makes developing large interactive experiences like this a comfortable and maintainable affair. This also marks the first use of a such a modern approach to Javascript development on the site to date - something very welcome at last. The result, we believe, speaks for itself.

Next was the audio itself. Audio is of course copyrighted, so much of the tunes must only be available as streaming from the music player itself. Letting users download the tracks were out of the question, and as such the HTML 5 Audio element couldn't be used since users can download the audio from there. Instead we have to develop our own Audio player using the HTML 5 Audio API. That was, to put mildly, an elaborate pursuit. Audio is tricky, and all the types of interactions a user can do is also grounds for problems down the line. A simple example is changing the volume, and getting the move events from such actions into code. Thankfully the slider element worked nicely both for volume and track progression. We even styled them appropriately!

Lastly was connecting music to the game themselves. Our media uploader had to be upgraded to support new locations for media files that are of the music type, and a new media type was also needed when defining what kind of files were uploaded. Once that was done, it's a process of uploading a bunch of tracks and editing each respective game with the music for them. This change is also reflected on each game page. Games with music will now have a tab indicating as such, with links taking you directly to the music player where you can listen to them! 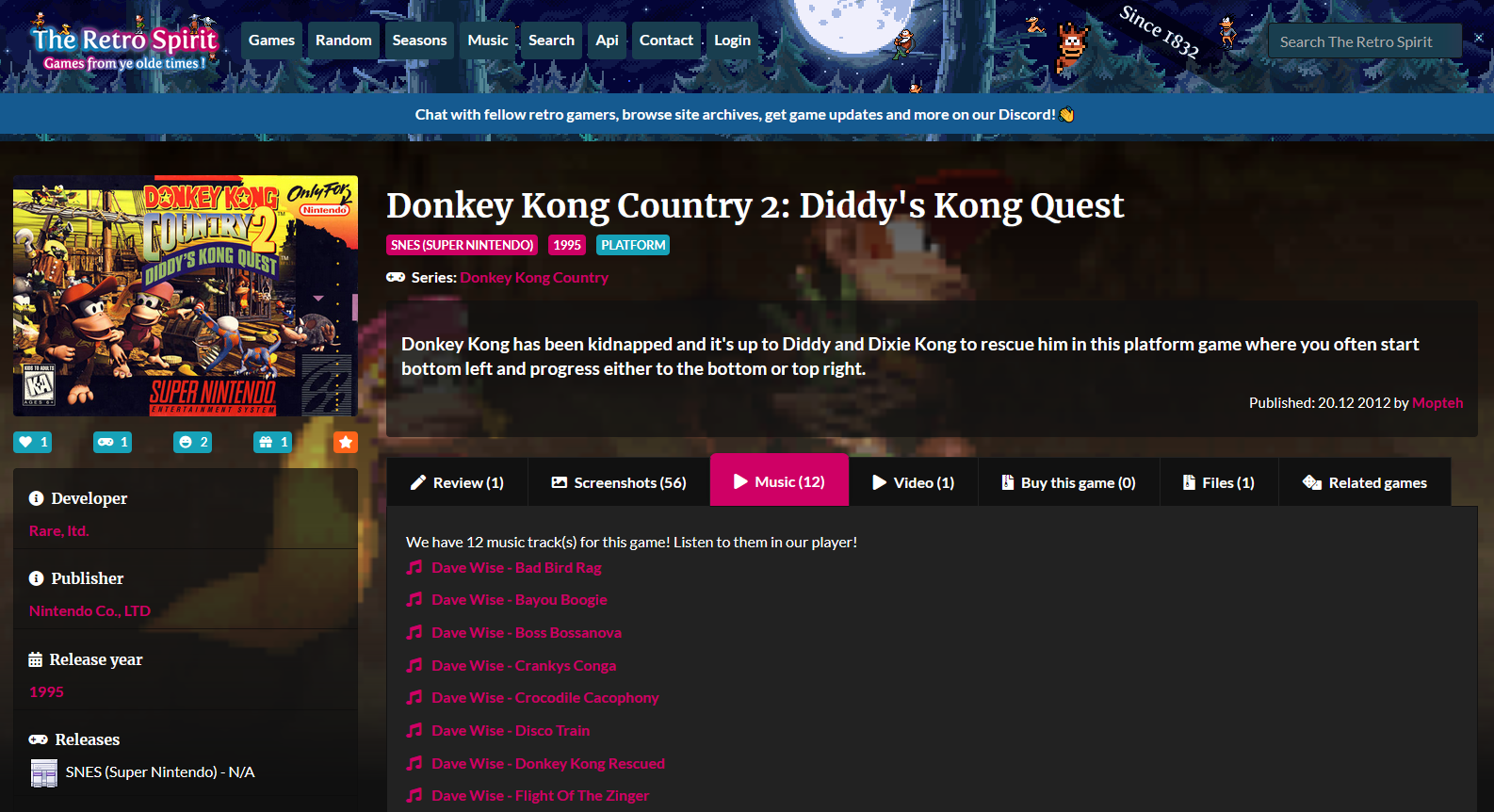 All of this is just a taste of what's to come, but we've made our current progress available for anyone to enjoy. It works in all modern browsers of course, even mobile devices. But, please note that this experience is still in alpha so the unexpected gobliiin may occur!

We invite everyone, old school fans, game historians and scholars to take a trip down memory lane with our new Music player and both get an insight into what made these games great and learn abit about them in the process!

Head over to The Music Player here!

12 Days of Christmas 2022 is going on the AIR with Ericade Radio!

19.11 2022
Just like in tradition, we'll be kicking off this year's 12 Days of Christmas the 12th of December, which means one game added to the site every day from the…