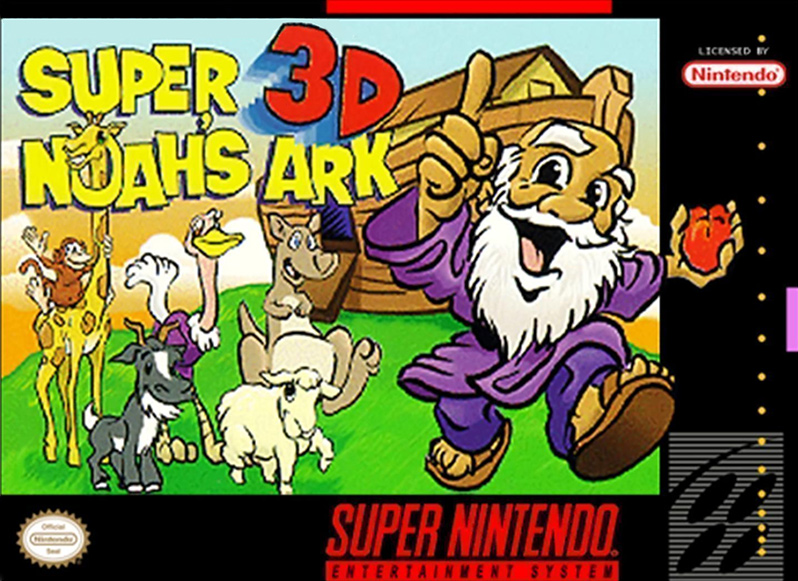 DOS (/dɒs/, /dɔːs/) is a platform-independent acronym for Disk Operating System which later became a common shorthand for disk-based operating systems on IBM PC compatibles. DOS primarily consists of Microsoft's MS-DOS and a rebranded IBM version under the name PC DOS, both of which were introduced in 1981. Later compatible systems from other manufacturers are DR DOS (1988), ROM-DOS (1989), PTS-DOS (1993), and FreeDOS (1998). MS-DOS dominated the IBM PC compatible market between 1981 and 1995.

Microsoft introduced an operating environment named Windows on November 20, 1985, as a graphical operating system shell for MS-DOS in response to the growing interest in graphical user interfaces (GUIs).[4] Microsoft Windows came to dominate the world's personal computer (PC) market with over 90% market share, overtaking Mac OS, which had been introduced in 1984.

The Super Nintendo Entertainment System (also known as the Super NES, SNES or Super Nintendo) is a 16-bit video game console that was released in 1990 by Nintendo in Japan, 1991 in North America, 1992 in Europe & Australasia (Oceania), and South America in 1993. In Japan and Southeast Asia, the system is called the Super Famicom, officially adopting the abbreviated name of its predecessor, the Family Computer), or SFC for short.

Released by Sega in Japan in 1988, North America in 1989, and the PAL region in 1990. Mega Drive was the name used in Japan and Europe, while it was sold under the name Sega Genesis in North America, as Sega was unable to secure legal rights to the Mega Drive name in that region. The Mega Drive was Sega's fifth home console and the successor to the Sega Master System.
Game mode(s):
Singleplayer
Singleplayer is one player
License: Available for purchase
Available to buy in one form or another, usually through a digital store front. What platforms they offer them on varies, but most popular consoles and platforms have one or more stores where one can choose to buy them. Depending on the store, some games have Digital Rights Management (DRM), which require user to use and/or have an account to play.
Visits: 96

You play as Noah, tasked to calm down the animals in the Ark. Thankfully he brought a ton of food in order to put them to sleep. The player uses a variety of weapons to fire food at animals. The game is played out in days, which acts as worlds. Noah has six days to find and put six bosses to sleep before they're out of the Ark. The game is a reskin of Wolfenstein 3D and is known for being the only commercially released game not officially licensed by Nintendo. 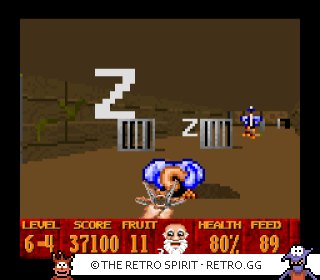 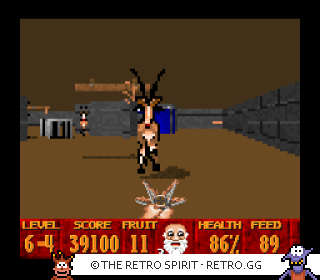 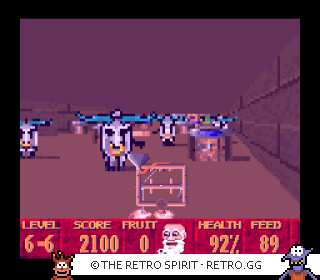 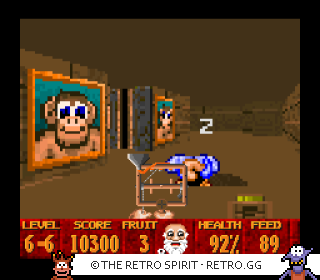 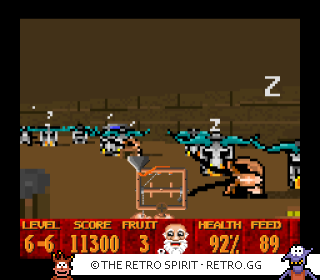 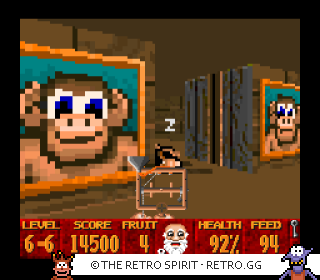 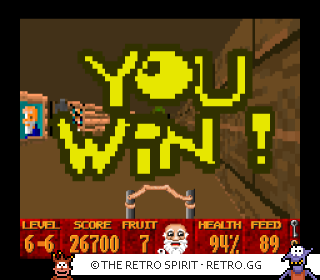 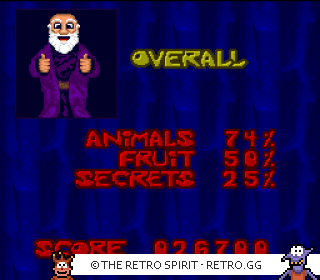 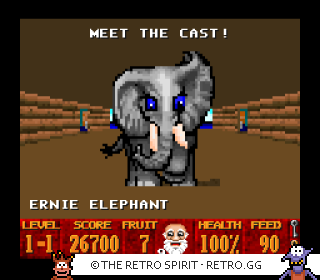 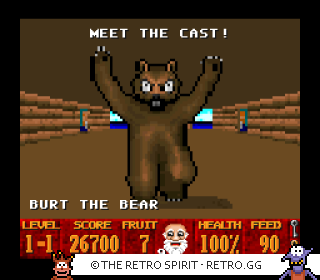 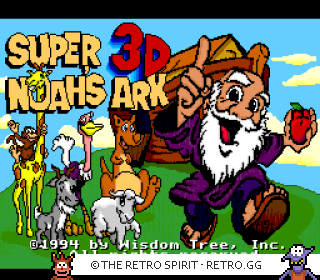 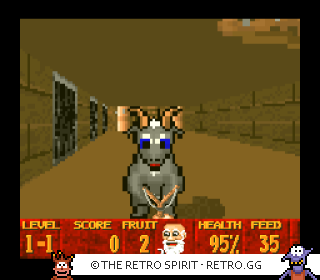 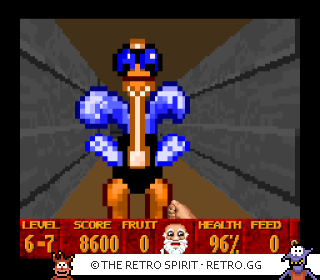 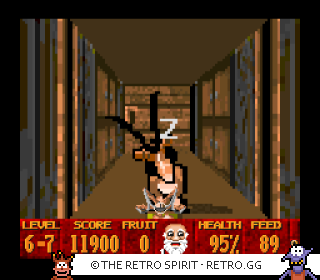 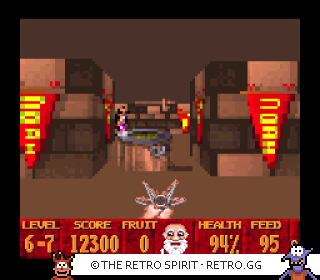 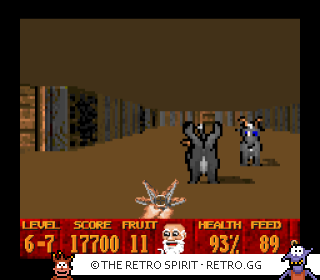 Action FPS Faith / Religion Family friendly
The Retro Spirit uses cookies to make the site work. Not that you care, but consider yourself informed. More info.